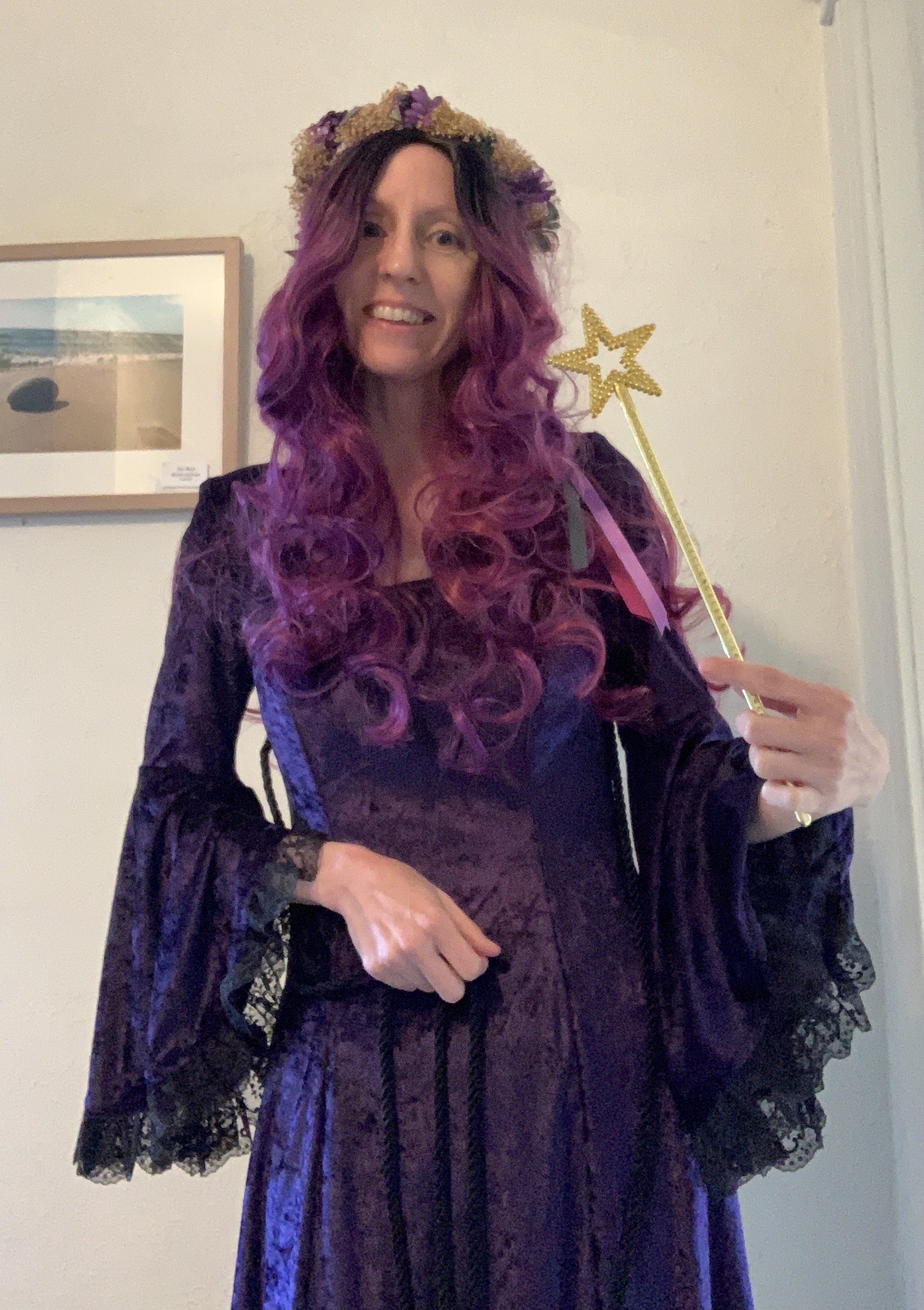 Lily had a 3-day weekend off from work and decided to come out to New York to visit me. I only had the weekend, but that was ok. It was the early to mid-2000s, when I was still working in radio. One of the perks of working in radio was that we sometimes would do things in trade.

Businesses would donate their product or service to us in exchange for radio spots. Of course, these were in addition to their paid spots. We could use the donated items for on-air giveaways, which gave more exposure to the business. Some of the items we could have as employees. We were limited to one item every 6 months.

One item I chose every year was tickets to the Sterling Renaissance Faire.

Lily arrived that Friday night once I was out of work. It could be a 7-8 hour drive from the Cape, depending on traffic. Of course, on a Friday, it seemed like she hit all the traffic from the Cape bridges to Boston to Albany to Syracuse. Still, she was generous with her time. Even after spending the day driving, she made dinner for me when I got home from work that night.

After dinner, we went into the backyard, where there was a firepit and some lawn chairs. Of course, there was radio too. I worked in traffic, which has absolutely nothing to do with traffic on the roadways, it is about traffic on the airwaves. I was the one responsible for programming my stations, telling it when to play music, when to play weather, and when to play commercials. If one of my stations was off-air, then it was either my fault in programming or some larger technological issue over which I had no control (like the transmitter tower being buried in snow).

This was a hot August weekend, so Lily and I were in the yard and built a fire. We had the radio going. Not only so I could listen to be sure it was on the air, but also because I genuinely liked one of my stations.

We did not have any set time to get up in the morning. We just planned to get up whenever. It was about and hour and a half to two hour drive to Sterling. The faire did not start until 10 or maybe 11 am.

Saturday morning arrived bright and beautiful. We each packed an overnight bag. This time, we packed my corolla. We were in NY, and Lily already had a long drive to get here, so of course we would be taking my car and I would be driving to save her on driving.

It was a gorgeous day for a drive. We listened to our driving music – typically Dave Matthews Band, as we headed northwest towards Great Lake Ontario. We made it to Sterling and parked in the grassy field as indicated. We spent the morning wandering the faire arm in arm. We loved how the people at the faire would stay in character and engage faire-goers “in the street.” We were all part of the show whether we intended to be or not.

About lunch time, we had our time period lumch of turkey legs and mead. We watched the joust on the field. After the joust, we wandered once again, taking in the sights and the atmosphere.

Lily and I ended up involved in a (staged) fight over some perceived slight. It had rained the night before in Sterling, so there was ample amounts of mud. It ended up being a fight in a mud pit and it was one of the best acts that both of us ever saw. We even ended up with mud on us too! There are little boundaries between act and spectator at the ren faire.

Lily happened to notice something new this year on the water. We made our way over to a small land-locked lake for the pirate show. Imagine being on a real boat in water, surrounded by pirates! It felt like we were on set for a movie scene. It was wonderful.

The ren faire closed at dusk. We decided to head back to Oswego, where we had booked a hotel room on Great Lake Ontario to spend the night. Dinner was in order and we found this amazing sports bar on the pier called the Penalty Box.

It was only August, yet there was hockey on all the TVs inside the Penalty Box. Lily and I were in heaven! It was so great to be able to see hockey in August. After dinner, we took a walk on the pier and headed back to our hotel.

Our hotel room was right on the water. We sat on the balcony watching the ships in the harbor and the lights of bouys dancing in the dark. I remember telling Lily we had to get up early for breakfast. She did not quite understand why, but went along with it.

Sunday morning, we were up bright and early for breakfast. I hardly ever got up this early, but it was worth it. I was taking Lily to Charlie’s.

Charlie’s has no phone, no address, and no sign. It’s one of those places that you have to just know where it is. Typically people find out about it because someone else took them there. We drove to the middle of town and I started counting streets to try to get there – that’s how I remembered where it was.

When you arrive at the building, it doesn’t look like a restaurant. It doesn’t even look like a building. It looks like a large dumpster sitting there waiting to be picked up or an old boxcar that was left behind and is just sitting there forlorn.

You park on the street and walk into the boxcar. It opens at 6am. There is no set closing time. Closing time happens whenever they run out of food. Closing time could be 7am, 9am, 10am.

You sit at a table and just wait. There is no menu. It is breakfast only and you eat what is served.

The waitress brings coffee and orange juice. Then, she brings the breakfast of the day. The most amazing omletes that melt in your mouth, fill the whole plate, and taste better than any omelet you have ever had. I have also had French toast there that is the best French toast anywhere. Everything is served with hash browns, sausage and bacon, so it is a full American breakfast.

When you are done, there is one price for the breakfast you are served. There is a box up front for you to pay for your meal. No waitress is needed to check you out. You just put $10 per person in the box and you are done. Of course, you can put more or less than that in the box. It is an honor system. The place does a brisk business and always sells out of food well before noon each day, so I am sure they are doing fine. Remember to tip your waitress as well.

When you stop to put your money in the box, you can see into the kitchen through the window. There is one man in there – Charlie, the owner. He cooks all the food every morning. There are two waitresses.

After breakfast, we leave to go back to my apartment. Lily understands why we got up so early for breakfast. It’s just one of those places you either know about or you don’t.

Lily and I went to the ren faire together for a few years. It made for a fun summer outing in NY when we were not in MA on the Cape.

Stay tuned for more memories of remembering those lost to COVID …