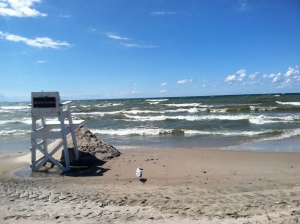 Life is dynamic and ever changing. There is no point in which we have “arrived” and that is it. Well, we may have moments when we feel like we have arrived, but those moments typically last for a blink to five minutes before something changes again. Minimalism is the same. There is rarely a moment when we are done downsizing or making life more minimal because life is always changing. Also, we are human.

This weekend, I made some changes in life that may come as a surprise. At this point in my minimalist journey, one would think I have already addressed these issues. I have, but sometimes you need to address them again. Life changes. I also did a few things that may seem to counter minimalism, but I’m going to argue they don’t. Here is what I did.

I’ve been working for about 6 months to make the spare bedroom homey and comfortable again. Earlier, I did a post about how I dismantled the spare bedroom because it represented my fantasy self <insert link here>. At that point in time, it was true.

I dismantled the spare bedroom because my fantasy self was this uber-popular person who had frequent soirees and overnight houseguests. I say fantasy self because in reality, typically my mom is the only one who visits and stays in the spare bedroom. I’m not as popular in real life as I am in my dreams. I had this grand idea of doing something else in the spare bedroom – installing a treadmill, for example. I did install a treadmill. Then, I realized I’m happier running outside and away from home. I like the freedom of putting on shoes and just going.

There were logistic problems with the treadmill as well. Like how you should really bolt treadmills to the floor if you plan to run on them without tipping them over. Plus, I was competing with Jude for treadmill time, who thought the treadmill was simply the best perch ever for bird watching out the window.

I’ve decided to reclaim the spare bedroom because even though I am not this popular person hosting house parties, I like the fact that my mom can visit and have a comfortable place to spend the night. I may not have loads of people sleeping over, but my family is an area of life that I want to prioritize. Even if the spare bedroom only gets used a few times a year, I want it to be there so I can foster the relationships most important to me.

I thought I was so minimalist a few years ago when I was able to clean out two filing cabinets and downsize everything to fit into one milk crate. That’s right, one milk crate. When I went through that purge, I took roughly 50 pounds of paper to shredding. My one milk crate holds my important papers like insurance policies (house, car, health, life), tax paperwork for my entire working life, and anything else “important” that is supposed to be hard copy. I go through the milk crate once a year just to be sure it only holds the essentials and nothing extraneous.

To be honest, in addition to the one milk crate, I also had nine binders of “important” paperwork. Yes, nine binders. You see, I was trying to justify keeping all that extra stuff by being super organized about it.

Binder two is academic related. I previously had four binders of school related stuff. It made sense – I have four degrees. I was keeping things from school that I thought would be useful for the future for work related purposes. Have I ever used any of my school materials? Rarely. Everything I have written is saved on a labeled flash drive. My one binder now simply contains syllabi – if I want to refer to something from when I was in school, I can use a syllabus to reference the article or book I want. Depending on the degree, some people may not even have one binder. I am actually finding things I learned in school applicable to my paid employment, so I like keeping some of this information without completely getting rid of it.

Binder three is running related. I had kept everything from prior races. Everything. Every handout, advertisement, brochures from the swag bag, everything. Now, some information related to races, I need. For example, I need my training logs and training plans for analysis purposes. I also like to keep a record of where I stayed in certain cities in case I return there so that I have a home base of sorts. I had three binders of race related information for the past 11 years of running. I now have only one binder – basic information for each city, plus training plans and notes. I do refer back to previous races sometimes, depending on how training is going for a current race. For example, when I had an injury in 2015, how did I adjust for the injury in 2010? That information from 2010 helped me to navigate 2015. Some of this information is useful.

Don’t buy storage seems to be one of the basic tenets of minimalism. If you buy storage, you are not really downsizing. Out of sight is out of mind. If you put things in a pretty package, container, or storage bin, you will forge that you have it, and the clutter “disappears.” The goal is to downsize your stuff to the point that the storage container is not necessary.

I agree with this idea to a point. I have gotten rid of so many things that I have also gotten rid of a great many storage bins that are now empty.

However, I am deviating from this tenet for two instances.

Second, I bought a storage system for photos. Yes, I know, store photos digitally. I do. However, I still like prints for some things. Some photos, I only have in print because I did not have digital (like back in the mid-90s). Instead of having photos displayed in eight photo albums, I am keeping a photo album for the cats. Why yes, I do show pictures of all my fur-children to visitors, and the rest are going in this plastic storage unit I bought that is itself the size of one photo album. So, I am essentially going from eight photo albums down to two. The physical number of photos is the same, but the way they are stored is more efficient.

All of my photos are now digital. While I have not ordered print photos in awhile, I cannot bring myself to just throw out photos that are already in print. Now I can store them all more efficiently. I did buy storage. I did not buy storage to store more things or to forget, but to store what I already have in a more space-saving way.

It’s a process. I can tell you that if I just tried to go from two full filing cabinets to one milk crate and no binders, that I would have been a mess. Downsizing sentimental stuff is hard emotionally. Sometimes you have to make several sweeps over a period of time. There may never be a time when you have arrived.

My goal is to get rid of all the baggage so that I can enjoy the now.

Not only do I want to enjoy the now, but also when I’m gone, someone will have to deal with my stuff. I’m hoping only to have the minimum of belongings to make it easier on the person who has to deal with what’s left after I’m dead. As long as I have enough things so that they are useful and I am happy, I don’t need anything more.

Life is about experiences and the people we love. I try to manipulate my environment and the stuff in it to maximize the amount of time I have with the people I love and to do the things I love doing.  How do you buck the norm?