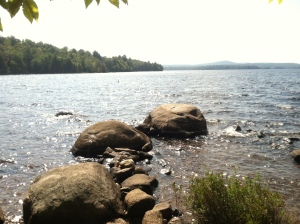 It seems the old adage “get a haircut & get a real job” has a modern day incantation as “get off the internet & get a real life.” As an update on the technology post  that I did this summer, here is where I stand on my progress to divorce the world wide web of drama, misery, & illusions.

I made significant progress this fall towards getting off the internet & getting a real life when I made changes to both my cell phone & internet carriers that resulted in over $100 a month savings.

First, I evaluated my needs and what I actually use the most to effectively communicate. While I had initially planned to completely disconnect home internet, a friend whom I deeply admire made the convincing argument that internet is now a utility as much as electricity or water and that without it, I would be severely cut off from human interaction. While my focus is on in-person dynamics, there is some truth to the notion of internet as utility when one considers that the internet delivers more information than traditional media forms of TV, radio, and newspaper.

Again, this brought me back to the quality of my interactions through use of technology. I quickly realized that I was paying an awful lot of money for very slow service that was constantly dropping and restarting itself trying to find a connection. My largest consumption of media came through the fact that I was streaming radio to the tune of 8-10 gigs per month. I was able to use functions provided by my carrier’s online account to ascertain that my radio streaming was basically what I was paying almost $200 a month to use. I had a plan that allowed me 450 minutes of talk time – of which I typically used less than 30 minutes, unless I had medical or other significant things going on that required phone calls. I was using less than 200 texts per month. I was essentially paying almost $200 a month for radio. This was not even satellite radio. I am pretty sure I could have gotten satellite radio cheaper, and honestly, why pay for radio when it is FREE?

A long time ago, in another lifetime, I worked in radio. I know how the radio world works. Why was I paying so much for radio?

So, I changed both my cell phone and internet carriers and now pay just over $50 a month for both services. I literally cut that bill down to one-fourth of what I was paying. I have plenty of local radio stations that I can listen to on my home radio for free without needing to stream. The internet service that I now have is not only cheaper but also significantly FASTER – yes, faster – than my old carrier, plus it is unlimited. Yup, that’s right. When I was paying a certain company almost $200 a month, I had a cap on my internet usage. It was not the “your service will slow down” type of cap. It was a “your service will completely stop unless you want to pay 99 cents per minute” kind of cap.

While I am now saving money, and getting faster service that is unlimited, you would think I would use technology more.

That extra money is great. I am able to take that $100 a month and comfortably pay all my bills, where before I was stretched very thin with no wiggle room. Now, I have a little wiggle room, and if I want to spend some quality time in-person having lunch with someone, I can go out to lunch without guilt (over money).

But when I cut the cord to that antiquated, overpriced internet plan, I also cut the cord that was binding me to all the drama and misery that came with a continual online presence. I went from using 8-10 gigs of data per month down to 1-2 gigs. That’s a significant downshift. Not streaming radio anymore is helpful, and I still hear all my favorite tunes. Since I am not using my phone to listen to radio, I notice that I have no desire for social networking platforms either. Phones work two-ways. If people want to talk to me or see me, they can call or text to check in. I now have unlimited calling and texting on my phone too that had been capped under my previous carrier.

Going offline has helped me to be more present in my everyday life and interactions. It has significantly decreased both my stress and my anxiety levels. I feel peace that I rarely feel unless I purposefully drive myself out to the middle of nowhere to escape the reach of a cell tower to feel.

I have been reading voraciously and averaging 3-4 novels per week depending on my work and home obligations. I am able to put more planning time into meals, which has been helpful in managing my severe food allergies. I have been able to listen to my body more closely so that I can be better prepared for the 2016 running season and hopefully get through my fall marathon uninjured. If I need the internet to look up a recipe, or simply want the internet to stream music, movies, or TV, it is there, but I am not tethered to it.

I am, in fact, living a good life.

Not only have I finally finished school after a 20-year career as a professional student, but also I have finally broken up with my dependence on the internet for external validation. I have found that when I do not have that background of mindless chatter that I am able to self-validate easier. My internal compass is clearer and I can hear my own voice easier.

Today, we hear people saying that people quitting facebook is the new version of running away from home. People say they are going to quit, and do for a few weeks, but then they are always back because they cannot stay away. Instead of running away from home, wouldn’t it be easier if we were to stay, stand, and confront life? While technology has the capability to complement our existence, sometimes we need to get off the internet and get a real life. An online presence is not the be-all and the end-all to life. There are moments that cannot be experienced online, but must be felt, seen, and lived with our hearts and souls.